An Old Friend Drops By

Championship-winning driver Nick Fornoro, Jr. – "Noki" to all his friends – was able to slip in to the ATQMRA banquet this Sunday almost unnoticed, thanks this disguise: Bald head, and silver facial hair that could earn him a spot with ZZ Top. 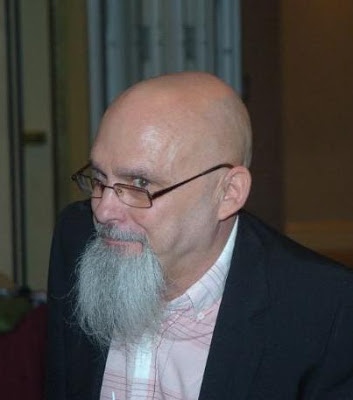 Despite not being recognized right away by many who have known him for years, Noki was warmly greeted, as was his son, Lanson. Lanson has followed in the family tradition, racing midgets, primarily with Northeastern Midget Association. Lanson’s father is a nationally-known midget racing champion, and his grandfather was as well.

Our thanks to another father & son combination, Ace Lane and John-John Lane, for the photo.

And speaking of Ace Lane, whose birthday fell on the day of the banquet and for whom a large birthday cake was prepared, he and John-John also provided us with this photo of all the award recipients on this day, both with the Vintage Club and the modern ATQMRA: 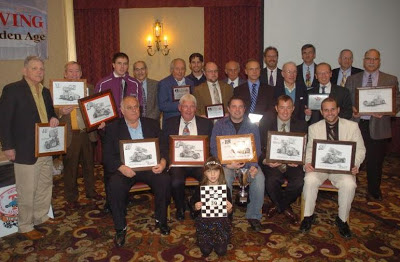 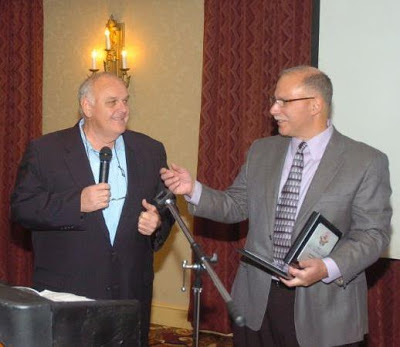 It was an excellent banquet – nice place, good food, and great company.
Email ThisBlogThis!Share to TwitterShare to FacebookShare to Pinterest
Newer Post Older Post Home
What Does TQ mean? It means three-quarter, as in three-quarter midget.