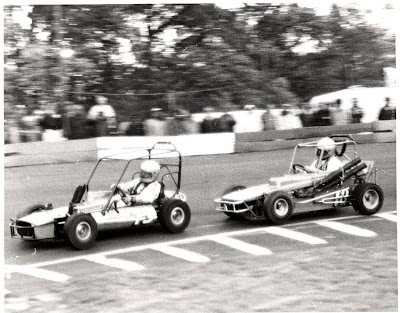 Vintage Division president Gary Mondschein thinks that it is Frankie Schneider, "The Old Master," in a rare TQ appearance.

In case you have been living under a rock, Schneider first won a stock-car race at the Flemington Fairgrounds in 1947, and scored his last stock car victory at the Nazareth Speedway in 1977 -- a remarkable 30-year record of winning that was punctuated by more than 750 visits to the winner's circle.

He won numerous big events but the bulk of his victories came in what we think of as ordinary Saturday night short-track racing.  Such racing was never ordinary when Schneider was in the field.

Born in 1926, Schneider is still with us today and is rightfully accorded immense respect in the racing community.