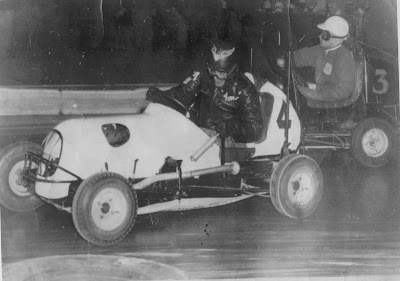 Keith Majka was among those fans, sort of.  His mother was in the stands, very pregnant with her son who was born two months later.  “I didn’t see the race,” Majka said, “but I was there!”
Email ThisBlogThis!Share to TwitterShare to FacebookShare to Pinterest
Newer Post Older Post Home
What Does TQ mean? It means three-quarter, as in three-quarter midget.