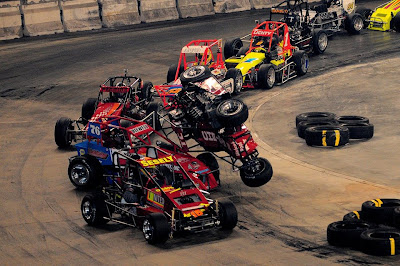 One distinction, however, may be that the stock car guys from years ago also raced the TQs in the warm weather months when their schedules permitted.  Because Pine Brook was a Friday night track, the stock car drivers of the day often raced there. DeAngelo won the 1962 ATQMRA championship, and Hendrickson was the point leader at Pine Brook in 1962.
Email ThisBlogThis!Share to TwitterShare to FacebookShare to Pinterest
Newer Post Older Post Home
What Does TQ mean? It means three-quarter, as in three-quarter midget.